The cost to buy one Bitcoin unit could surpass the $26,000-level according to a textbook bullish indicator forming on its lower timeframe chart.

Dubbed as “Bull Pennant,” the pattern forms when an asset forms a Triangle-like structure after forming an upward flagpole. Traders perceive it as a signal of bias continuation, i.e., they believe the asset would continue in the direction of its previous trend after breaking the Triangle structure.

Bitcoin is forming a similar Bull Pennant on its one-hour (1H) chart by showing the following characteristics: 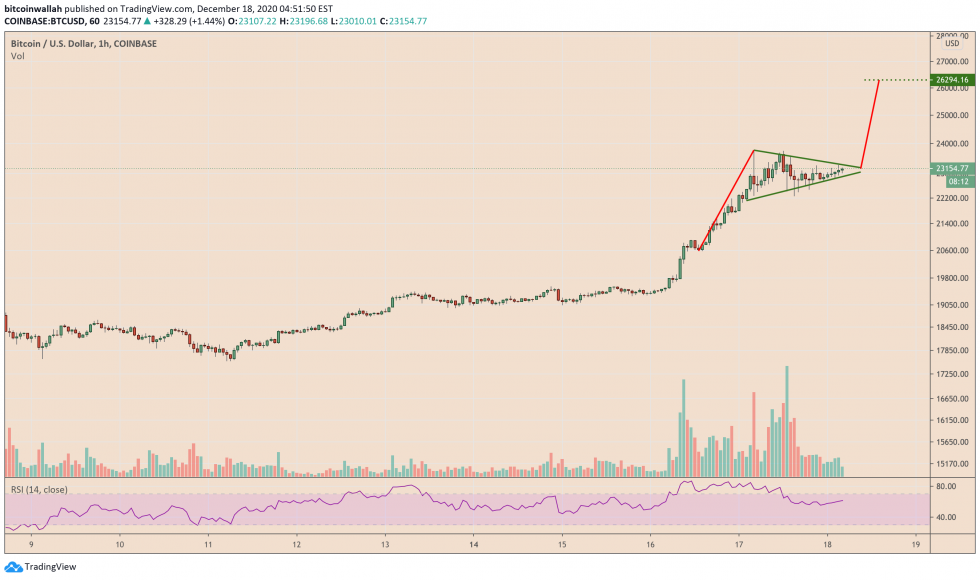 Traders now wait for a break above the Pennant to confirm their extended bullish bias. Should such a move happen, it would shift the upside target by as much as the Flagpole’s height. In the current case, the height is nearly $3,200. That means the breakout move would push BTC/USD at least towards $26,294, as measured from the Pennant’s apex.

Bull Pennants have a 70 percent success rate, according to a study conducted by Samurai Trading Academy. Therefore, there may still be a 30 percent possibility that the current bullish continuation pattern may end up being invalid. Should it happen, the BTC/USD exchange rate would risk correcting lower — again by as much as the Flagpole’s height.

That would roughly bring the pair down to $20,000, the previous resistance target, which now serves as a support level. 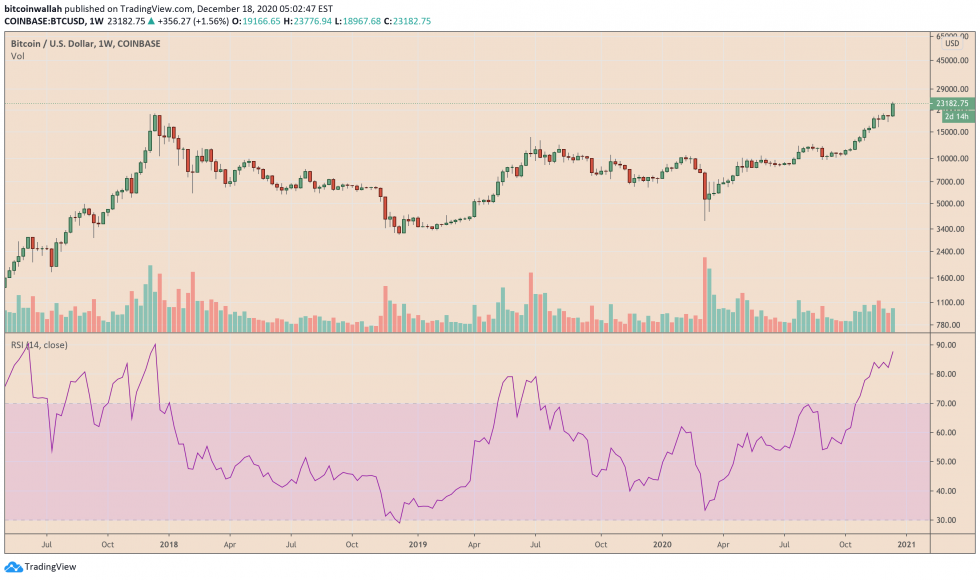 In simple terms, Bitcoin is trading at a higher rate than its ideal bid. That typically leads to neutralizing price moves to the downside. Should it happen, the cryptocurrency risks plunging by at least 20-30 percent to bring its RSI back into the normal zone. That would automatically bring the BTC/USD exchange rate close to/below $20,000.

Why the PayPal Rally Isn’t What It Seems, and Why That’s OK