Singapore requires banks to hold $125 for every $100 Bitcoin exposure 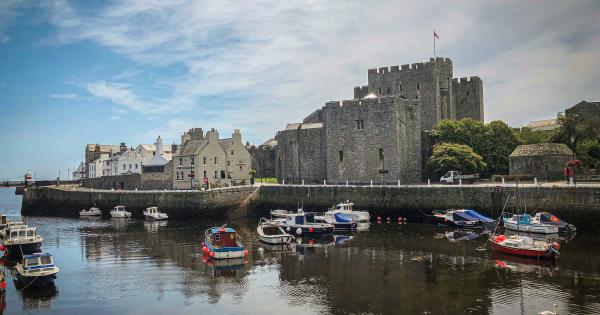 The Isle of Man Financial Services Authority (IOMFSA) has published guidance setting out its position regarding the applicability of financial regulatory requirements to cryptocurrencies and tokens issued using blockchain technology, as per a release shared with CryptoSlate.

The guidance has been developed in partnership with Digital Isle of Man, an Executive Agency of the Department for Enterprise.

Greater clarity around Bitcoin and crypto

Under the terms of the guidance, businesses and entrepreneurs looking to set up crypto- and blockchain-related ventures on the island receive greater clarity on the various regulations involved and the relevant laws around cryptocurrencies themselves.

The two main takeaways of the guidance are as follows:

A series of FAQs has been issued alongside the guidance, clarifying the IOMFSA’s view on a number of common questions raised by those approaching Digital Isle of Man or the IOMFSA in respect of DLT-related businesses. These FAQs will be updated periodically.

Steve Billinghurst, the regulatory lead at Digital Isle of Man, said in a statement:

“The publication of this guidance is an important milestone, marking the culmination of a period of close cooperation between ourselves and the IOMFSA.”

He added that there’s “plenty more to do” as the regulatory environment in digital tokens and cryptocurrencies continue to develop in major jurisdictions.

Billinghurst noted that Digital Isle of Man continues to keep a close eye on developments and, through a series of discussions with industry stakeholders, we will be bringing new proposals, for its consideration, to the IOMFSA.

Meanwhile, industry support has been shown from DQ Advocates, MannBenham, and Quinn Legal, who have all welcomed the initiative on the Isle of Man. They also added that the guidance issued demonstrates the IOMFSA’s interest in the “burgeoning and fast-paced” area of crypto finance.

According to a newly released report by the ECB, Bitcoin is in the final stages of becoming irrelevant due...

Singapore requires banks to hold $125 for every $100 Bitcoin exposure

Belgium’s Financial Services and Markets Authority declared that crypto assets without issuers, like Bitcoin (BTC) and Ethereum (ETH), are...

Bank of England’s (BoE) Deputy Governor for Financial Stability Jon Cunliffe published a speech on Nov. 21, where he...

First Mover: Why Is Bitcoin’s Price Rising? Here Are a Few Possible Answers